Sunday Shopping. What does this mean for retailers?

Tomorrow it is proposed that the Chancellor will set out plans to hand out extended powers to councils to allow longer trading hours on Sundays as a measure to boost the economy. It’s thought such a move could also drive more than £200m a year in extra sales in the capital.

Currently shops over 3,015 sq ft are banned from trading for longer than six hours on a Sunday. High Street shops have been coming under growing pressure from online retailers, which now account for 11% of retail sales overall – rising to 17% in the month before Christmas of last year. 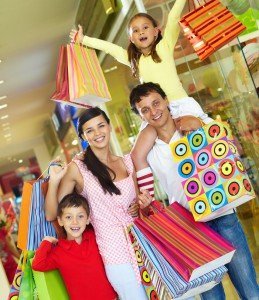 The Chancellor said last night: “Even two decades on from the introduction of the Sunday Trading Act, it is clear that there is still a growing appetite for shopping on a Sunday. There is some evidence that transactions for Sunday shopping are actually growing faster than those for Saturday.”

“The rise of online shopping, which people can do round the clock, also means more retailers want to be able to compete by opening for longer at the weekend. But this won’t be right for every area, so I want to devolve the power to make this decision to mayors and local authorities.”

Asda chief executive Andy Clarke was quoted on the subject: “40% of non-Sunday shoppers also tell us they would make use of extended opening times, citing flexibility, less crowding and work commitments as reasons for shopping on Sundays.

As with the original Sunday Trading Act, there is set to be a mixed reaction from shoppers. Some may love the idea due to added convenience, others may hate it as they prefer a traditional Sunday. Smaller retailers, not currently restricted to six hour opening on Sundays, may worry, as it will mean they will lose what they regard as a crucial advantage, while store staff at larger retailers may react negatively to the pressure to work longer hours on Sundays. However, as a whole, the entire sector may benefit by being able to offer a more effective alternative to online on Sundays.